I met a woman with two young children and a sore arm this week. Her husband broke it in a violent outburst and she took the plaster off because it was too itchy. It was healing well. Her husband was in jail. Later, at Ingkintja, the men’s clinic, I saw a man in his mid 30s who had taken on work and rented a flat since coming out of prison for violence and alcohol. He was bright and sophisticated. He didn’t want to go back but he had quit his job because his boss was unreasonable (long story with good insight). Centrelink could help him after 8 weeks. He was distressed, anxious and hyperventilating. What to do?

I see myself as a feminist, largely due to living with Merridy and letting her advice and thoughts through my defences from time to time. I am serious about it. Despite this, as a young man I slapped her once. On the face, hard. It was nauseating. I did it to my mother once too, as an adolescent. I never saw anyone else be violent to women; it was in me. I am ashamed to admit it, but when I do, occasionally others speak up. Once a dear and gentle friend told me how he lifted his young bride by the neck up against the wall. Just once. They both laughed as they told me the story. Merridy slapped me too, once. She’s quite strong. She immediately apologised; probably quicker than I did when I hit her.

Family violence has been gradually gaining attention over the past 40 years. My father could beat my mother with impunity; he didn’t, but he could have. Even watching in the emergency department as a young medical student in the 1970s doctors would not get involved with family stuff. Nor would the police. We would feel pity and patch it up. The first laws regarding family violence in Australia were national in 1975. At that time abused children were said by paediatricians to have Silverman’s Syndrome which was “discovered” in 1962 based on multiple healing fractures on Xray! We now call it child abuse. Reporting of child abuse became mandatory in the 1980s. In the NT family violence has been a mandatory report by any suspecting adult since 2009.

Now I am living in Alice Springs and there is apparently more violence about although I have not witnessed any. Rod Moss, the painter, has written a wonderful account of his relationships with local Aboriginal people called “The Hard Light of Day“. It is largely uncensored and observational, without much judgement. It is hard to read at times and tells stories of the shortened life of men who often spend time in jail, and their suffering women. This has a lot to do with family violence and a lot to do with alcohol.

Peter Sutton in his controversial work “The Politics of Suffering” has a more scientific angle and has investigated historical violence in the Wik people at  Aurukun. He makes estimates of murder rates of women before contact, during the mission days and following that. Interestingly quite high rates dropped to virtually zero during the mission influence and have been higher still since. There is general concern about the level of death from violence in the NT. It appears to be warranted from anecdotal evidence and also from national statistics. Some years, such as 2010, all murders were of and by Indigenous people. One surprise, it affected both genders equally; the victims and perpetrators half male and half female. This is surprising to me. I looked on “GooGoo” and discovered there is a national effort to increase knowledge about male victims of family violence. Is this correct?

Australia as a nation has a very low homicide rate at 1.3 per 100,000, inherited from the UK which has been at this level since the 16th Century. The NT murder rate, as high as it is, is still far less than Brazil or many other countries and even when applied to the Indigenous population alone (15/100,000) is far below many cities in the USA such as St Louis, Baltimore or New Orleans which run at over 40/100,000. Alcohol is universally involved here. What are we doing about it? There appears to be one approach from the outside; we are incarcerating Indigenous men. Anecdotally, their assaulted partners visit them in jail and defy Restraining Orders to be with them once out.

There is more to this. My close Aboriginal friend, Ada, surprised me when we were working together in medical education in the 1990s. She had been the victim of domestic violence interstate and had separated from her partner. She attended a seminar on “Domestic Violence” with GP Registrars and came away quite perplexed. “I don’t call that violence”, she said to me. She had obviously been affected by the issues raised. We discussed the fact that it has only recently been seen as violence in the broader Australian society, and that I probably didn’t either until I was educated about it.

What happens when we apply our own legislation, based on an understanding arising from recently changed culture which aims to reduce already low levels of violence, to a population that has limited education in these matters and a relatively high pre-existing rate of violence? The answer would appear to be incarceration. Of men. To an unholy extent. To the shame of our country.

Is there an alternative approach? I was very impressed with Judge Roger Dive running the drug court in the recent “Ice Wars” program on the ABC.  He has been working since 2004 keeping drug users out of prison and has developed an almost parental relationship with those in trouble. Could senior Aboriginal people work with someone like that to get an alternative approach to the use of alcohol and violence? The reason to do this is to try and get some community authority into the mix and communication and education as well. Just like those using drugs in Sydney, locals are using alcohol and drugs with similar consequences; and if it goes on long enough then it escalates. Does incarceration help? It does not appear to.

Apparently, I learned very recently on Friday night at Monty’s, this has been tried before in 2011. The SMART Court (Substance Misuse, Assessment and Referral for Treatment) was established in 2011 but then removed by the CLP in 2013, labelled “do-gooder”. Megan, a nurse working now for Congress but who was one of the SMART Court clinicians, was mortified when it closed; couldn’t believe it. I told her that people must forget very quickly as no one had mentioned it to me!

If a judge and Aboriginal elders were to reconstitute a suitable alcohol, drugs and violence court in the model developed by Judge Dive and the SMART Court , it would have to be a long-term bipartisan or Federal commitment. The decision makers would have to learn how to influence young people setting off on a path of violence. Other agencies would need to understand their role. The range of sanctions might be broader and more culturally sensitive and possibly include:

I have discussed this with some leading men at Congress. Steve, a visiting GP with a lot of experience in the NT, advised me to steer clear. He might be right, but I can only see opportunity. A lawyer from a women’s legal service came to see me and I raised this. Not sure what she thought. JL, the lead of the Ingkintja Clinic at Congress is talking to me about it, very aware that it can look like I don’t care about the women and children. That is what makes it so hard. 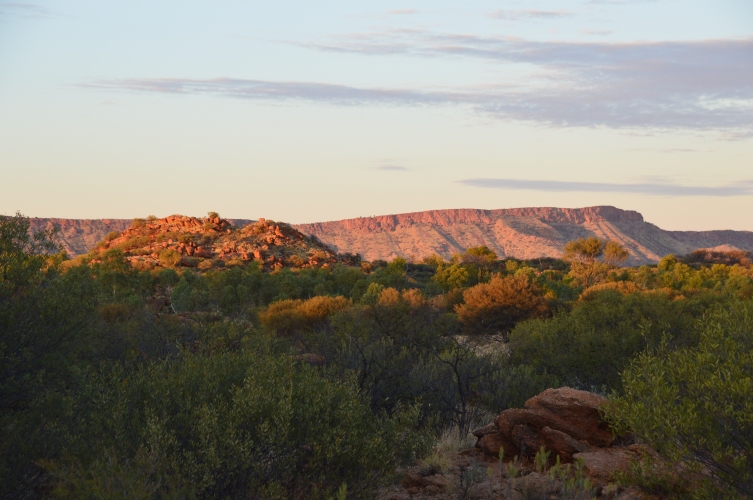